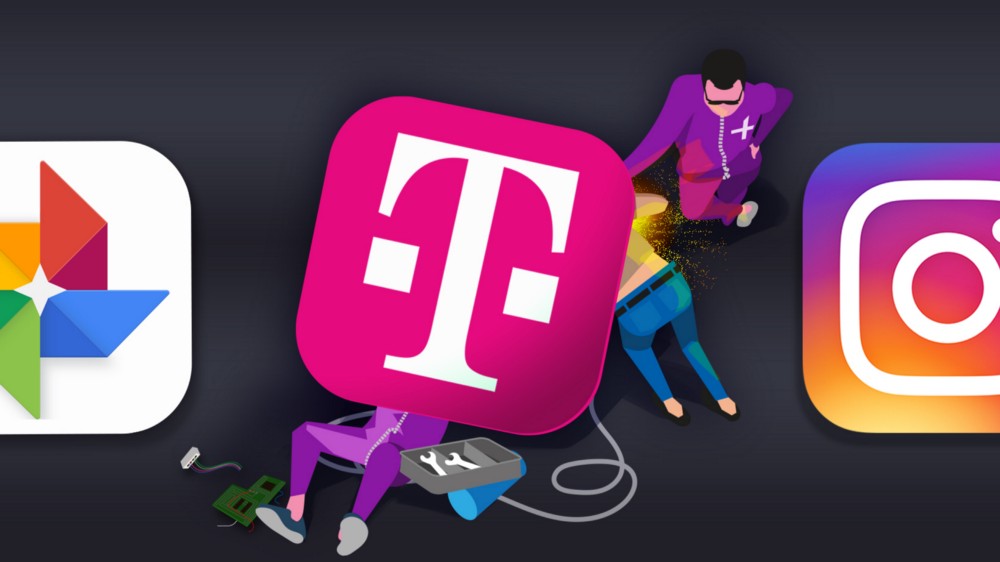 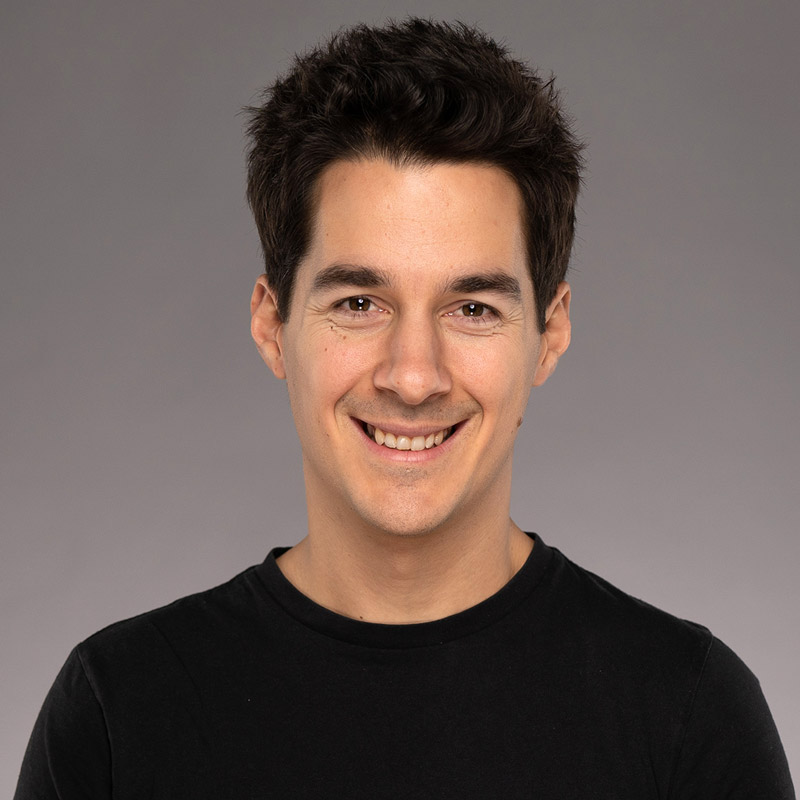 Deutsche Telekom has been our client since 2014 and we have come a long way together since then. During the summer of 2017, we arrived at a milestone in our cooperation, when Telekom decided to centrally build the successor of the National Companies’ self-care application from scratch on native Android and iOS platforms.

This was not only to deliver a new design of the apps, but later as we also learned, Telekom made a strategic decision to define the app as the new “focal point for customer interaction” for their customers in the European footprint. Srini Gopalan — Board Member responsible for the European segment of Deutsche Telekom AG — presented this approach on DT’s Capital Markets Day in 2018.

An ambitious goal was also set: to channel more than 50% of the e-service interactions through the app by 2021.

At the time we started putting our heads together with our client to sketch a roadmap for the project, the legacy apps were built and maintained by the local Telekom companies separately. This led to a scattered app landscape — both technologically and user experience wise.

Deutsche Telekom wanted the new app to be centrally built for the countries, saving the implementation and maintenance costs of 10+ variations, that — in the end — all serve the same purpose: provide easy, modern, and hassle-free self-care experience to their customers.

This project thus was aptly named the “One App”.

Mito is a full-service agency, providing end-to-end in-house delivery of specific, well fitting digital solutions to our customers around the globe — be it web, mobile or any other miscellaneous platform.

In the One App project we were given free reign to design and implement Telekom’s next generation self-care application from scratch.

The weight of this task was thoroughly felt, but we were also proud to have earned our client’s trust on such level.

Our UX and UI team started by taking a step back and revisited the existing guidelines setting the boundaries for designing mobile applications within the DT group. After numerous iterations, the team managed to redefine the visual language of the mobile applications to meet the requirements of 2018. By spending almost 3000 hours, this has become a proven platform for the future. Its first manifestation, the One App was born — at least in pixels.

We have dedicated a full-fledged team of 25 software engineers and technical project managers to turn the designs into real mobile applications. They all worked as a well-oiled machine to build state-of-the-art native clients for Android and iOS. It has become a lightweight, yet flexible implementation with a strong focus on maintainability and extensibility.

We know that understanding your users and their behaviour within the application is essential, and is a key differentiator in the competition. Deutsche Telekom also shares this vision. A complex and thorough analytics measurement plan was designed jointly with DT, and implemented in the app to support data driven decisions in the future.

A bit on the background

Before we go further, let’s catch a glimpse of the project environment:

Centrally building an application that complies with the requirements of all NatCos required many deep and long discussions throughout the whole project.

The demand for flexibility, extensibility and maintainability left us with no other choice but to go with a complex, robust mobile application architecture. We took our time to make thorough research and experiment with prototypes before finalizing anything. The outcome resulted in a very similar architecture that other major tech-driven companies choose to solve such challenges — e.g. LinkedIn or Uber, both contributing a lot to the mobile development community.

Robustness, modularity and scalability are amongst the most descriptive terms of the One App’s architecture. Apart from the technical part, we had to keep in mind some important factors, that might not be self-explanatory on first glance.

We wanted to utilize an application architecture, that enables scaling the development team with ease. This was possible due to the well standardised and strictly kept code structure, and — if not more importantly — the living documentation of these.

There is another factor, which is often overlooked. In the Telco sector, your self-care application is never downloaded, nor kept on the customers’ devices for fun. To have engaged users, clear benefits must be available to them — like ease of bill payment. However for owners of low-end or mid-range devices, the app size can be a dealbreaker. Recognising this, there was a special focus placed on keeping the app size to a minimum from day zero. We had to look into every component, even some 3rd party libraries to seek downsizing opportunities along the way.

Data to be used in the mobile clients were to come from various legacy backend systems in the NatCos. There was a great need for a unification on the level of the app-backend communication, as accommodating to each country’s systems on the frontend was not an option. Especially, that the NatCos had (and have) different business portfolios, having various tariff models, billing structure or customer data.

This summoned a new integration layer called the Harmonized API Layer (HAL). The HAL was built on the foundations of the telco de facto standard OpenAPIs by TM Forum — which is a global industry association for Communication Service Providers (CPSs), such as Deutsche Telekom. This organization helps its members on the road of Digital Transformation, providing frameworks and pre-developed assets to be (re)used on this journey.

In practice the HAL is a group of REST API specifications developed and maintained centrally, covering the needs of the self-care application, and much more in the long run, e.g. customer facing or internal portals.

The OpenAPIs became the unified interface between the application and the backend systems. Using this concept, the different members of the project could speak the same language, and it also eliminated the ponderosity of arbitrary API definitions.

Integrating the mobile clients with the Telekom backend systems using TM Forum’s OpenAPI framework was a major step for our architecture and development team to earn experience with this enterprise level tool.

These APIs are quite generic, and not optimized for mobile application use cases. We needed to centrally build a lightweight adaptor and mediator Middleware Layer (called the BFF — Backend For Frontend) to meet the requirements of a lightweight mobile client. The BFF orchestrates and transforms the calls necessary for the mobile application in the background on the server side, sparing the resources available on the customer’s device. It was created centrally by our middleware specialist partner WRD Labs, but it is deployed locally in each NatCo.

Update: You can read the HAL story from the telco perspective including its future role in TM Forum’s Case Study article: “Deutsche Telekom uses Open APIs for European unification”.

To keep the mobile clients as thin as possible, we needed to outsource the customization logic, which was used to tailor the app behaviour to meet the specifics of the local businesses and environments.

We have developed a central Configuration Management System (CMS), which — without an application update — allows us to:

The CMS is integrated with the mobile application in a non-intrusive, decoupled way, ensuring that a potential outage has no effect on the client availability.

Releasing a mobile application can be cumbersome today. Especially for multiple countries at the same time, each having separate staging, pre-production and production environments.

To save the hassle, we have fully automatized the process on both platforms, enabling a zero touch release procedure. It is a fully integrated solution running on a platform built in-house in Mito, leveraging only Open Source components.

Its reliability and usefulness have been proven throughout the project, especially during the Integration and User Acceptance Testing periods, when often daily releases were provided to the quality assurance teams working in the National Companies to ensure the proper outcome.

The app has been live in five countries (Croatia, Czech Republic, Hungary, Poland and Slovakia) since mid-2018 with its Phase 1 feature set, and a huge roadmap planned to be released as frequent updates. The rest of the DT EU footprint is also joining the programme, making it a truly group wide application soon.

The project is already a great success for the Deutsche Telekom Group, as it started its journey towards the ambitious goals with very encouraging results.

It is our honour that we have been part of a project with such a magnitude and scale, being able to cooperate as a fully trusted partner. We were proud to bear the responsibility for delivering the new generation self-care application for Deutsche Telekom, and more importantly: their millions of customers.

“This clearly could not have been achieved without the commitment and capability of the Mito team. I hope that you feel proud of what has been built here — I know we certainly do!”

Digital Accessibility — Who is it for and how is it done? Here are the basics.

Lessons of a decade in telecommunications

This story is brought to you by Mito Digital

Websites, mobile apps above and beyond.