What makes a campaign? The creative or the media? 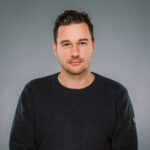 These 3 principles and 3 new practices guided us as we pushed our boundaries while working on campaigns for SHARE NOW Hungary, overcoming the challenges posed by ingrained habits and siloed processes.

Designing successful digital campaigns is a combination of art and science. Collecting, processing, organizing and embedding enormous amounts of data. Producing wonderful campaign assets to activate brilliant creative ideas. This is what we all do every day. In different divisions or agencies, left to our own devices, uninterrupted by others. In our safe silos.

If you are on the media side, it’s always the excellent channel mix with super-segmented user targeting that delivers the results.

If you are responsible for the creative work, it is definitely the bold idea and its execution that brought success for the campaign.

The lofty principle about integration that we’ve heard many times:

If you can’t deliver art, your science doesn’t matter. If you don’t integrate science, your art is just selfish ostentation.

So true and completely catchy…however, it is often not applied in practice.

Perhaps we all agree that creative and media do not work without each other, yet if we take a look at common international practices, we see that in the vast majority of cases, these efforts remain separate at both the strategic and tactical levels.

The practice is that the creative assets are incidental inputs – if handed over in time – during the development of the media strategy.

The practice is that ​​the selected agency will only deal with the creative concept and production, the media will be bought by another partner, so it’s unnecessary to dive into the details of media usage.

The result seems familiar, doesn’t it?

Two well-paid teams who had barely discussed their approach and ideas.

One campaign which could have performed better, and an entrenched, split evaluation that will never really determine the real reason for the success or failure of the campaign.

It was the media. Or the creative. As always.

Merging what was not meant to be separated

Whether we are thinking in terms of creative or media strategy, the way the objectives are defined, the market, the competitive environment and user research are integral to both workflows. Both teams think about the user journey and how the “most valuable consumer” or persona goes through it. And similarly, they both look for possibilities of how media or creative efforts can activate desired user behaviors.

Of course, the vocabulary is different and the output takes different forms from a creative and a media perspective. But since the basic components are the same, looking more closely it doesn’t seem impossible to work together to create an integrated campaign or ecosystem in which the components are organically linked.

There are core principles that should guide client, creative and media teams towards success and set the tone for everything else to do:

The first client for whom we were able to build a campaign upon these values in a full scale was Share Now.

They made the bold decision not to look for separate agencies to design siloed elements of communication, but to give Mito an undivided budget as a start. The allocation and most efficient way of spending have been developed and agreed with the involvement of all three parties (client marketing leadership and the agency’s creative and media teams). We gladly dove ourselves into it, because we knew we could build a solution taking advantage of our previous integrated planning experiences as well.

The success of the cooperation is demonstrated by the fact that based on joint decisions of the client and our teams we have been managing and reallocating resources with the same flexibility ever since to continuously maximize business impact.

The adjustments we made to establish a tangible integrated campaign

Share Now’s goal was to catch up with the two major car-sharing providers in the market as a third entrant. After working as their single integrated agency for 18 months now, by the end of the year we celebrated that with a significant contribution of communication efforts they had reached their highest acquisition numbers -significantly above the target set in their business plan- and closed the financially most successful quarter since entering the Hungarian market.

It was one of our biggest challenges to undertake this project, but the clear shared goals, transparent sharing of informations, the dedicated time together and the excellent attitude of the —not so long ago siloed— teams led to a steep increase in new user acquisitions and the number of monthly active users, proving that Art and Science work brilliantly together.

And it depends primarily on the principles we establish, the people we collaborate with and their willingness to selflessly change and adapt.

We are always happy to consult on how to constructively blend together media and creative principles, people and processes. If you see similar interesting challenges ahead of you in the future, and would like to talk, we will definitely answer all your messages at hello@mitoperformance.hu.

How you should manage your business location data?

This story is brought to you by Mito Performance

Branding and campaigns from strategy to execution.